PLEASE be sure to click to enlarge the paintings.

Perplexed by 20th century art?  Still trying to understand Picasso and Warhol?  Can’t comprehend Pop, Op , and Conceptual Art? THE SHOCK OF THE NEW,  by Australian art critic, author, and producer Robert Hughes (1938-2012), provides some welcome answers as well as a foundation for appreciating our contemporary art scene today. You can purchase both the book and TV series on Amazon.  Although if you find the prices too high, why not inquire at your local library.

Cezanne, Klee, and Mondrian, described by Hughes in the following excerpts from The Shock of the New, are among the hundreds of artists featured in chapters with titles such as: The Mechanical Paradise, The Landscape of Pleasure, View from the Edge, Culture as Nature, and The Future that Was.

The Renaissance admired an artist’s certainty about what he saw.  But with Cezanne, as the critic, Barbara Rose remarked in another context, the statement:  “This is what I see,” becomes replaced by a question: “Is this what I see?”  You share his hesitations about the position of a tree or a branch; or the final shape of Mont Ste-Victoire, and the trees in front of it.  Relativity is all.  Doubt becomes part of the painting’s subject.  Indeed, the idea that doubt can be heroic, if it is locked into a structure as grand as that of the paintings of Cezanne’s old age, is one of the keys to our century, a touchstone of modernity itself.  Cubism would take it to its extreme.* 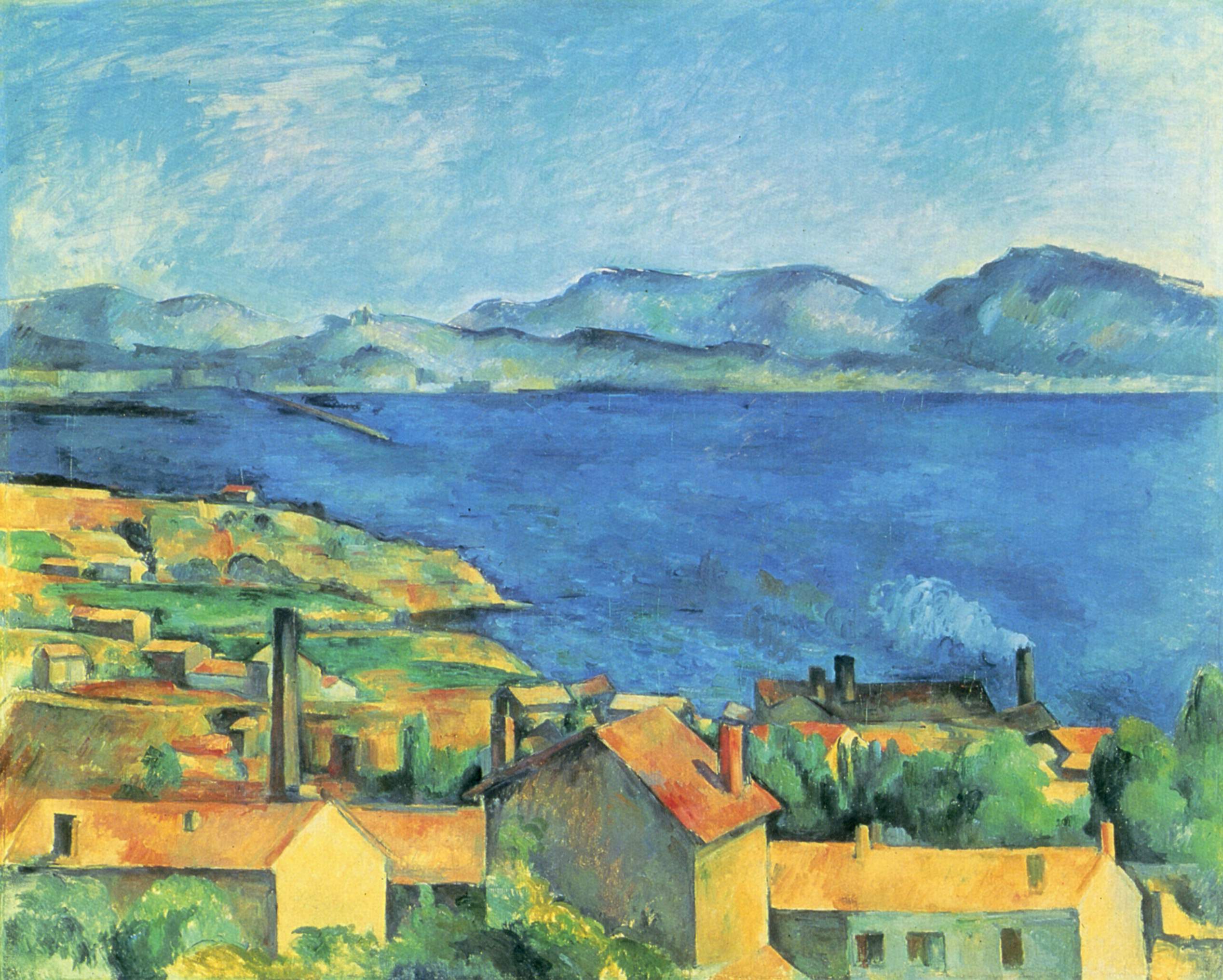 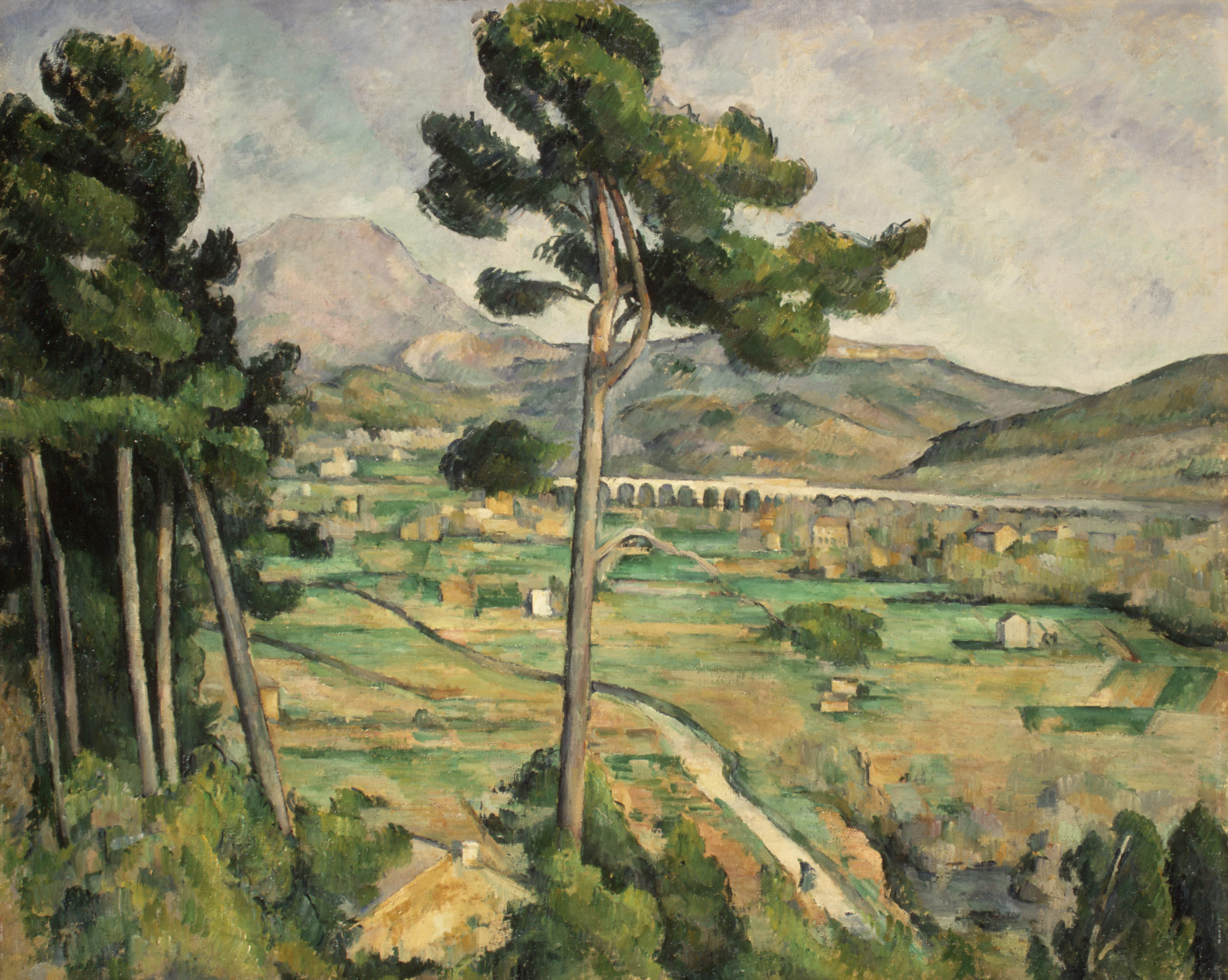 Like Kandinsky, Klee valued the “primitive,” and especially the art of children.  He envied their polymorphous freedom to create signs, and respected their innocence and directness.  “Do not laugh, reader!” Klee wrote. “Children also have artistic ability, and there is wisdom in their having it!  The more helpless they are, the more instructive are the examples they furnish us……”* 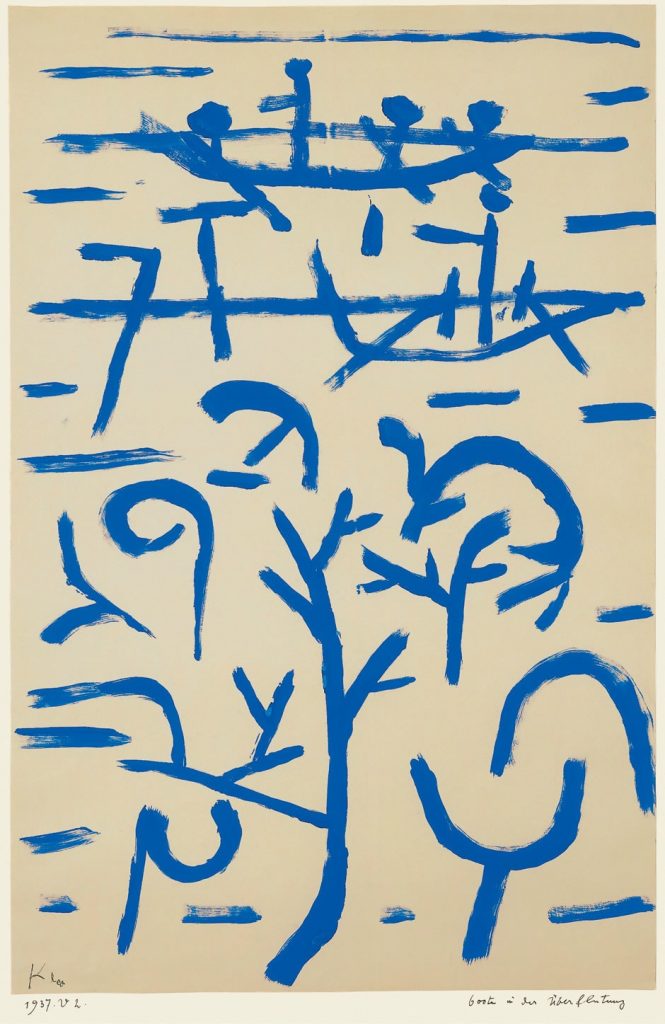 Yet in Mondrian’s late work, after he moved to New York in 1940, the passion for nature that suffuses his early years came back, with extraordinary richness, as a vision of the Ideal City.  Mondrrian found New York’s modernity liberating……….Although he did not look like one, Mondrian in his sixties became an enthusiastic jazz dancer, though not (if the reports are true) a very fluent one.  His love of boogieing fused with his belief that the New York street grid was an ideal pattern, and out of the syncopated rhythms of both he distilled his late Manhattan paintings, such as BROADWAY BOOGIE-WOOGIE. * (Note: Or a variation like Victory Boogie-Woogie below.) 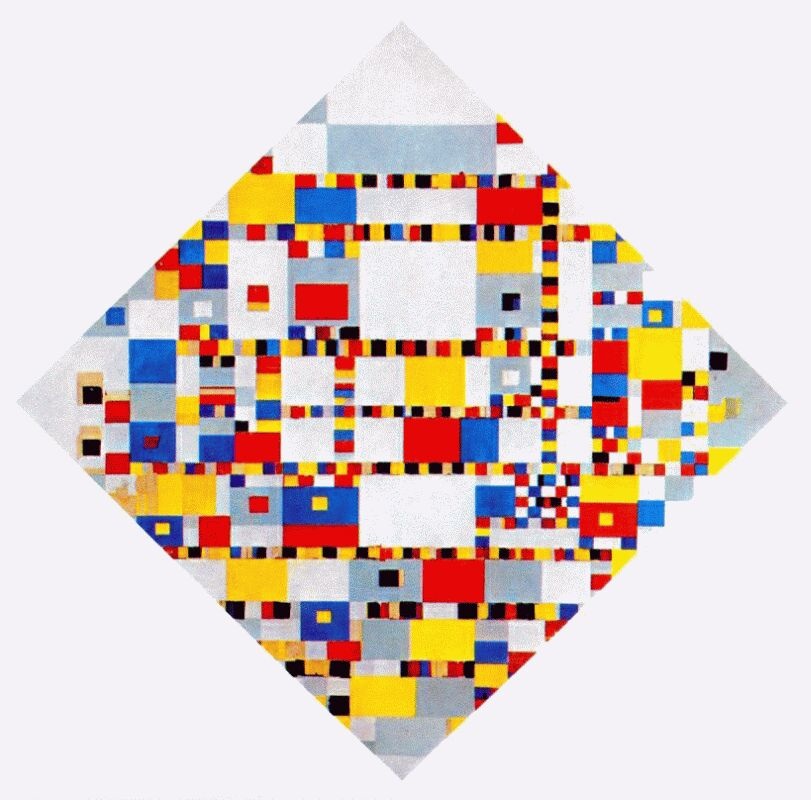