Another favorite blog of the past.

In happy dreams your smile makes day of night

Thus only in a dream we are one,

Thus only in a dream we give and take

The faith that maketh rich who take or give….. 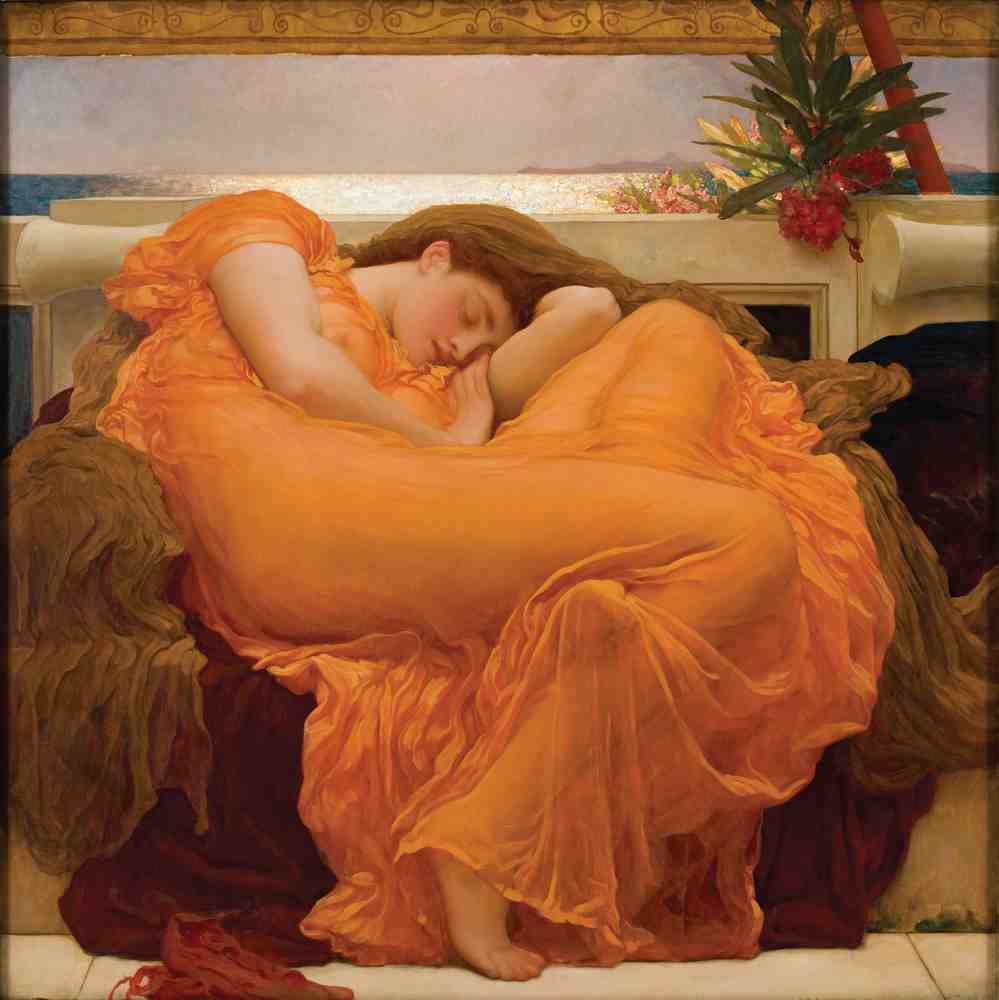 What do you think of Flaming June (and its intriguing title) by British painter Sir Frederic Leighton (1830-1896)?  Art critics and historians are still debating whether it is a work of depth and meaning, or simply a superficial, if beautiful, depiction of one of the artist’s lovely models (click link below to read more on this issie).

Leighton was once a prestigious artist in Great Britian and even given a peerage shortly before he died, near the turn of the 20th century. However, his reputation declined during the next decades, his style considered outdated and old fashioned. So that by 1963, Luis A. Ferre, a businessman and future governor of Puerto Rico, only had to pay a couple of thousand dollars to acquire this haunting portrait of a woman sleeping in the moonlight.

Yet, today Flaming June has made a comeback, traveling from its home at the Museo de Arte de Ponce in Puerto Rico to major art museums (including the Prado and Tate Britian) where it has been displayed before crowds of visitors.

*The excerpt above is from Monna Innominata: A Sonnet of Sonnets by Christina Rossetti (1830-1894), poet and sister of Dante Gabriel Rossetti, founder of the Pre-Raphaelite Brotherhood; Frederic Leighton, although not officially of a member of this arts group, did associate with it.