It’s winter “down under” and the National Gallery of Victoria in Melbourne is now offering a guaranteed escape from the weather with AUSTRALIAN IMPRESSIONISTS IN FRANCE that just opened on June 15.  You can access a few of the 120 works of art displayed in the exhibition on the museum’s website, including the intriguing Peonies and Head of a Woman by John Peter Russell (1858-1930). 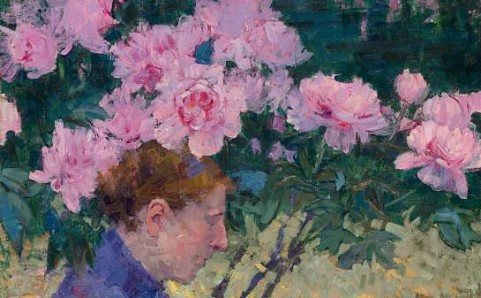 Russell, who is sometimes referred to as “the lost Impressionist,” is best known for his portrayal of Van Gogh who was a friend.  He also painted with Monet on the island of Belle Ile, off the coast of France where the Australian lived with his Italian wife and large family for several years. Matisse even thought of Russell as his teacher and credited him with explaining color to me.*   Rodin, too, admired Russell, once writing to his colleague that one day you will be placed on the same level as our friends Monet, Renoir, and Van Gogh.**

Here’s the link to the exhibition:

However, France was not the only country that attracted Impressionists—at least those followers from the United States.  Last year’s AMERICANS IN FLORENCE: SARGENT AND THE AMERICAN IMPRESSIONISTS may no longer be at the Palazzo Strozzi in Italy’s birthplace of the Renaissance, but you can still view it online. 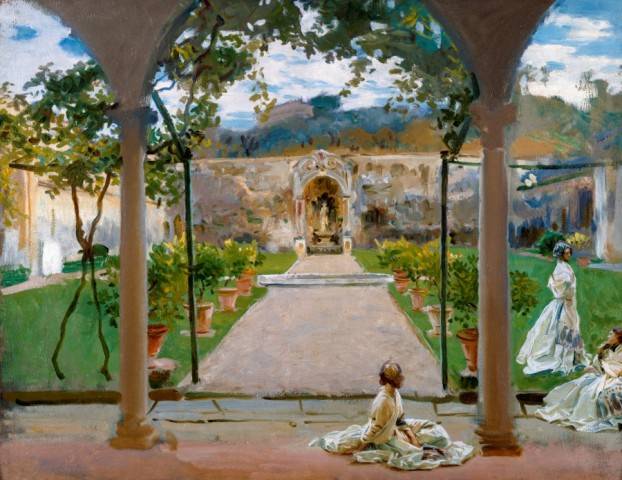 You’ll be able to virtually tour the exhibition’s galleries with titles such as Room with a View, Americans in Florence and The Image of Florence and Tuscany. John Singer Sargent’s idyllic vision of a villa, At Torre Galli: Ladies in a Garden above, is just one of the numerous works featured, along with paintings by Mary Cassatt, William Merritt Chase, Childe Hassam, and a long list of other American artists.

Americans in Florence: Sargent and the American Impressionists

*Quote of Henri Matisse is from The Unknown Matisse by Hilary Spurling.