Childe Hassam, one of the leaders of American Impressionism, traveled often in the United States, especially in his native New England.  A favorite spot was Appledore Island just off the New Hampshire coast where he created the enchanting work of art below. According to Hassam,  “I spent some of my pleasantest summers there,”* and one of his fondest memories was of his friend poetess and arts patron Celia Thaxter who often invited the artist to her home on Appledore.

Is The South Ledges – Appledore, a memory of Thaxter  as some art historians propose? Hassam painted it almost a decade after her death during the last time he visited the island. 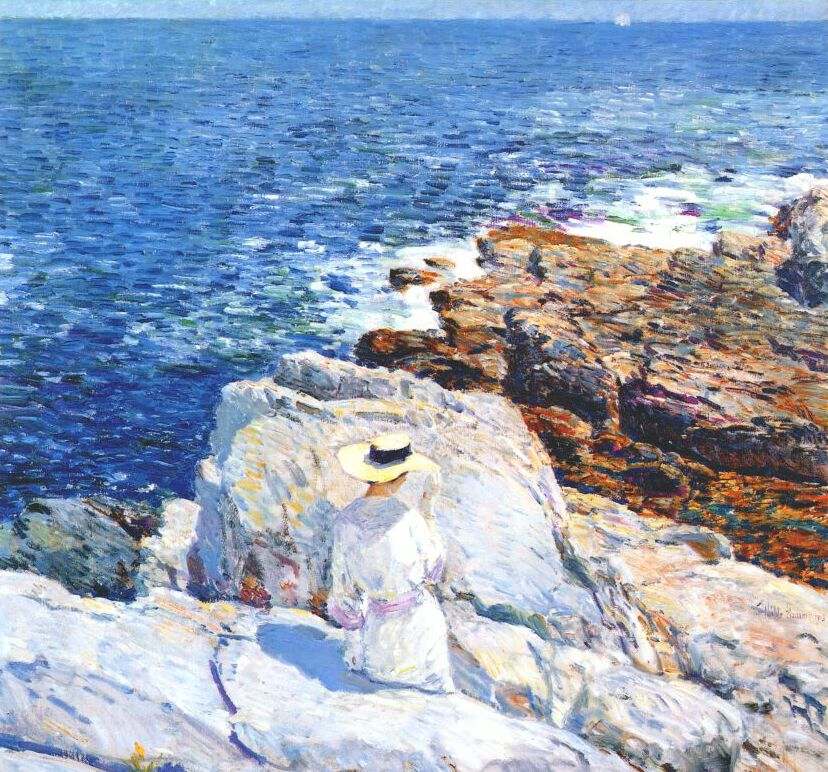 And to enjoy more works of artists and learn how to apply their visions to the everyday cycle of your life, read Through an Artist’s Eyes: Learning to Live Creatively.