Note: Please click on each image to highlight the individual work of art.

Happy Birthday, Claude Monet (1840-1926), who is one of the most popular artists today.  However, I would like to dedicate this blog to Camille Doncieux (1847-1879), Monet’s great love, whom he immortalized in numerous works of art, beginning when she was still a teenager.    She was his wife, the mother of their two children Jean and Michel, and endured years of insecurity and privation as her ambitious husband fought to establish himself professionally.  Her life was too short; she died prematurely at the age of 32 of what was probably cancer. 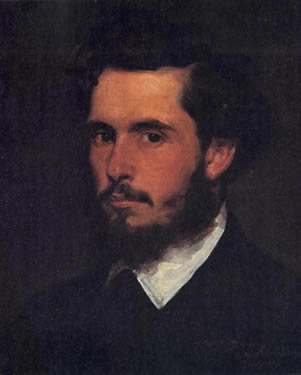 Monet in 1867 as he looked during the early years of his relationship with Camille.

So here is a mini-exhibition of Camille in which we can view a variety of images of Monet’s beloved companion. Let’s start with Camille and Bazille, just below, that is often considered the artist’s first depiction of the then teenage model.  The background is likely the Forest of Fontainebleau where Monet was working on Dejuener sur L’Herbe for which Camille and Bazille was a study. The paintings of Frederic Bazille a friend and colleague of Monet, now hang in major arts museums throughout the world. Unfortunately, he was killed in the Franco-Prussian War before he could fully develop his talent as an artist. 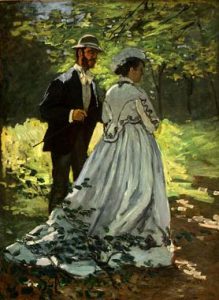 In Women in the Garden, done a year or so later in 1866, Camille has literally quadrupled, posing for all four lovely subjects.  Did she actually dye her hair?  Or has Monet just applied a little reddish paint? 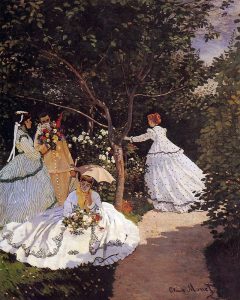 In 1870, in spite of family opposition and financial constraints, Monet and Camille were finally married in a civil ceremony on June 28 in Paris.  Soon they were enjoying their honeymoon at the French resort of Trouville where Monet painted several canvases of Camille relaxing on the beach.  (Ever wonder how he was able to pay the hotel bill?) 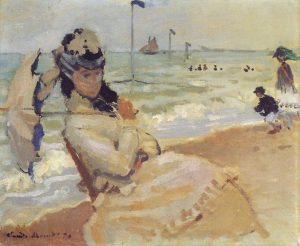 Camille appears considerably less comfortable in The Red Cape.  Why did Monet choose to have her walking outside on a snowy winter’s day?  The date and setting of this puzzling work of art has not been determined.

Though, the location of Gladiolis has been definitely identified as the garden of the Monets’ home in Argenteuil, a suburb of Paris along the Seine River, where the couple and their son Jean resided for most of the 1870s. This period was probably the happiest and most prosperous of their marriage.  Does Camille seem to blend in with the flowers? 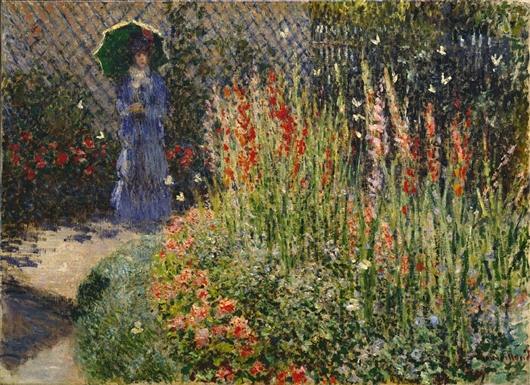 While in Camille and Jean, she emerges like Venus from her verdant surroundings, accompanied by her playful son resting temporarily on the ground. 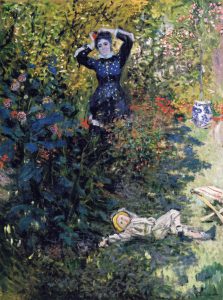 However, in Camille Monet at her Tapestry Loom, Monet captures his spouse intent on completing a domestic task.  Does the subdued palette of colors reflect her mood? 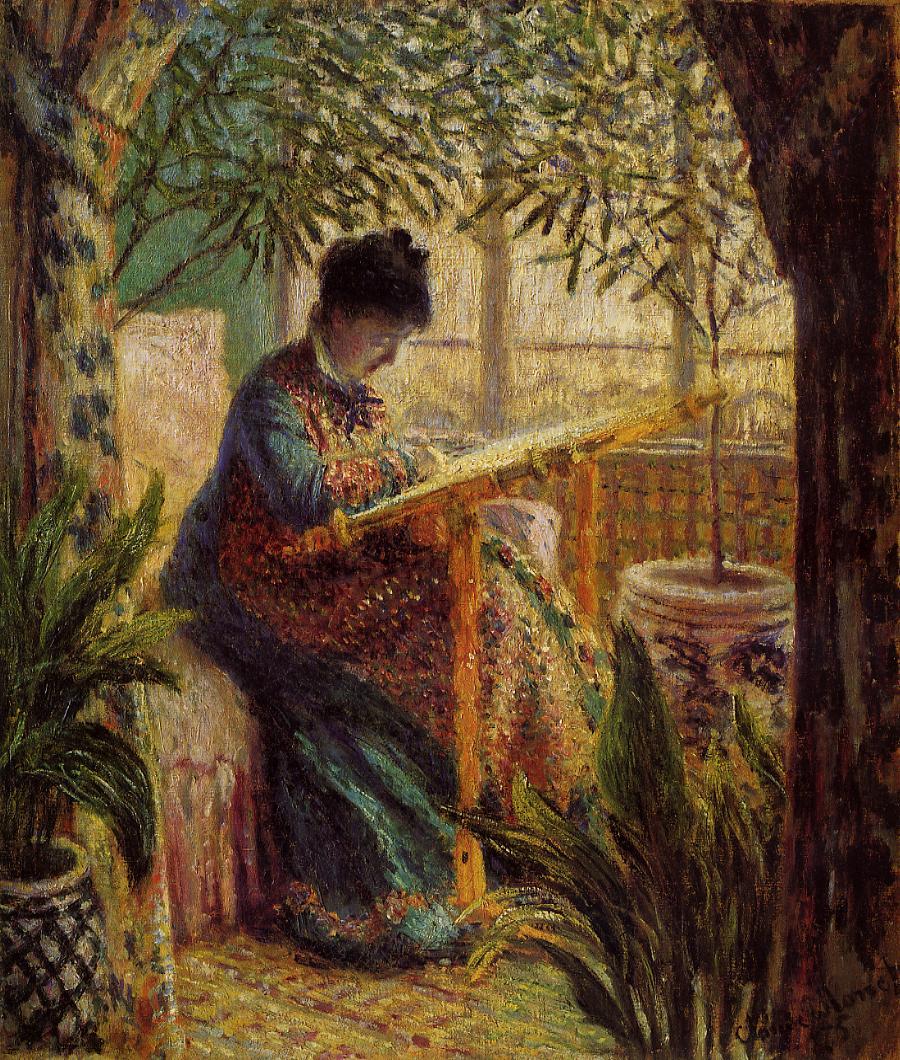 And is that really a blonde-haired Camille, dancing in a kimono? Japonniere is said to have been a major draw at the Impressionists’ second exhibition. 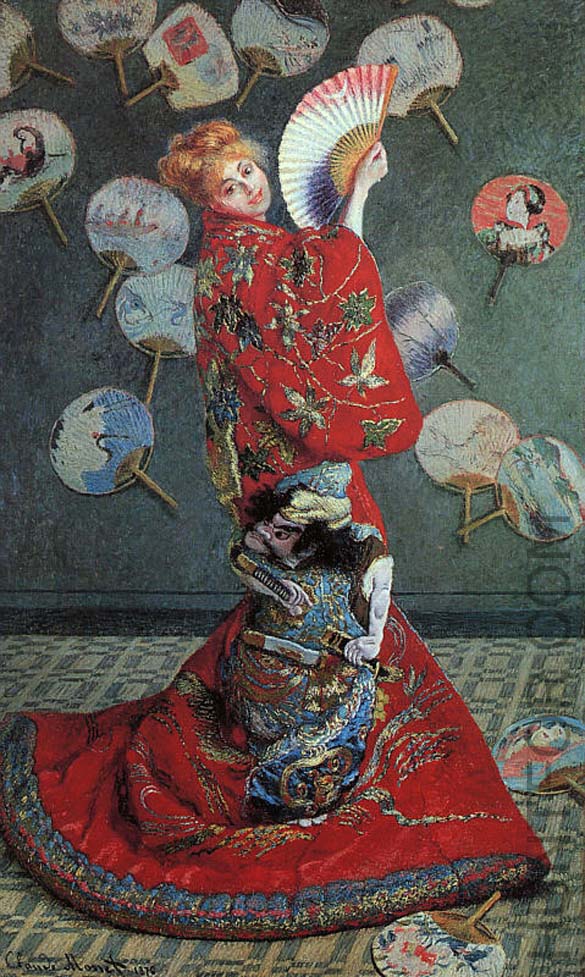 Finally, Woman with a Parasol is Monet’s ultimate homage to Camille, who will for most of us, always be standing on a hillside in the countryside near Argenteuil.  Can you almost feel the soft summer breeze?

All of the above paintings are used solely for educational purposes.

Claude Monet and his colorful visions await you in Through an Artist’s Eyes: Learning to Live Creatively.

The President’s Art Gallery: Highlights of the White House Art Collection
The Genius of El Greco: A Vision of Spain