This week is jammed with artists’ birthdays:  Whistler on July 11, Andrew Wyeth and Amedeo Modigliani on July 12, Gustav Klimt on July 14 and Rembrandt on July 15!  We’ll be highlighting Whistler, Klimt, and Rembrandt.

Was James McNeill Whistler born on July 10, 1834 or July 11, 1834, or maybe July 14, 1834?  Biographies of his career and life differ as to the date of his birthday.  But at  least his mother could have told us the truth—and we all know Mrs. George Washington Whistler. 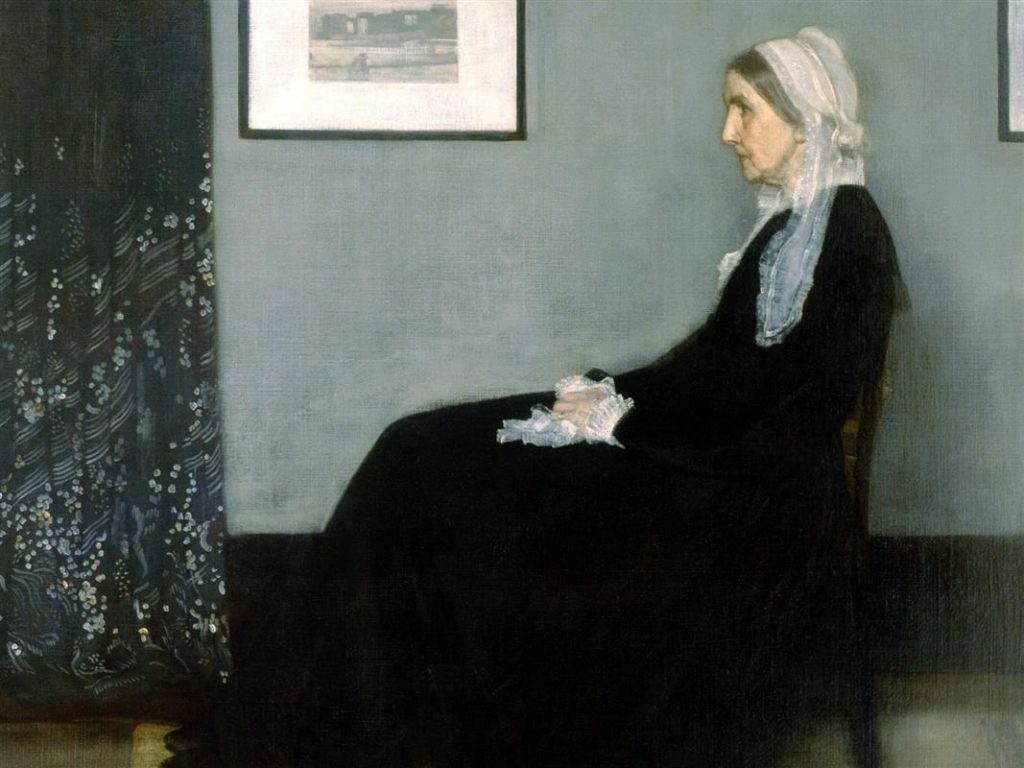 Whistler’s tribute to his mother is decidedly his most famous work of art, surpassing in popularity his numerous other paintings, etchings and watercolors.  From portraits of beautiful women such as Jo Hiffernan, Whistler’s mistress (who at one point was a roommate of both the artist and his mother in the London apartment they all shared),

to ethereal nocturnes, such as Nocturne: Blue and Gold–Old  Battersea Bridge, 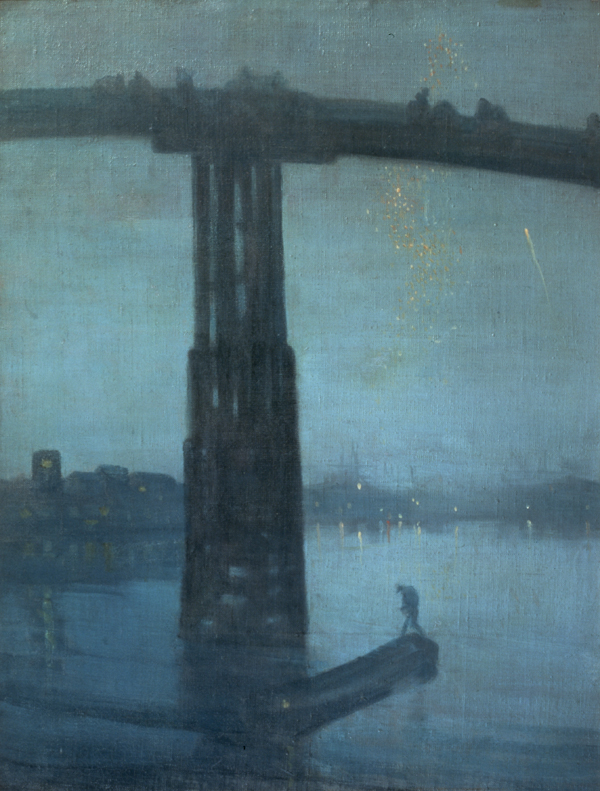 to the lavish, gilded decor of a dining room designed for his wealthy patron, Frederick Richards Leyland, now known as The Peacock Room, located  in the Freer Gallery of Art  in Washington, D.C. 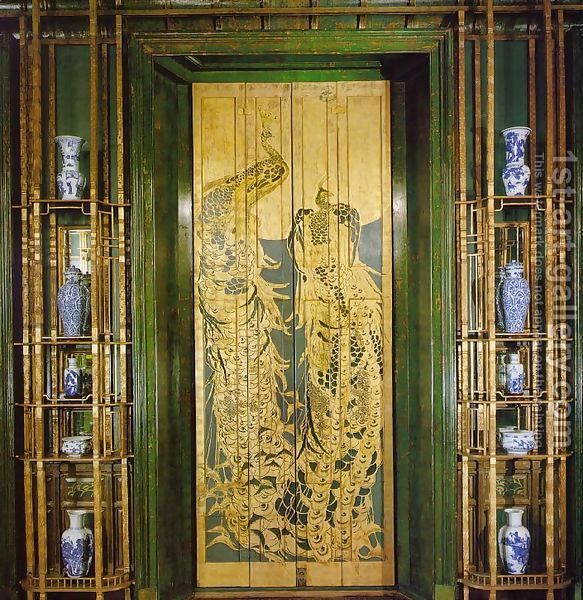 Whistler, The Peacock Room, 1876-77, oil and gold on leather and wood, The Freer Gallery of Art, Washington, D.C.

Yet, Mrs. Whistler prevails, hanging today in one of the world’s leading museums, the Musee D’Orsay in Paris.  She has superstar status, although perhaps not on the same level as  Da Vinci’s Mona Lisa which is on display in the nearby Louvre.  But like the Mona Lisa, her fame borders on notoriety, having been the target of countless caricatures and visual jokes.

Could Whistler have possibly foretold the fate of his mother’s portrait?  He apparently relished the fascination with the painting already evident in his own lifetime.

However, what did he really think of it?

To me, it is interesting as a picture of my mother; but can or ought the public care about the identity of the portrait?  It must stand or fall on its merits as an arrangement.

Because the painting’s original title was simply Arrangement in Grey and Black and a declaration of Whistler’s artistic philosophy:  that above all, a work of art is the formal arrangement or composition of lines, shapes, and colors.

Whistler though, like a good son, added Portrait of the Painter’s Mother so that there could be no mistaking her identity.  For, in his words, “one does like to make one’s mummy as nice as possible.”

NEXT:   ON THURSDAY, CELEBRATE GUSTAV KLIMT’S BIRTHDAY AND HIS $135 MILLION DOLLAR PAINTING!

Continue on your journey into the world of art by exploring Through an Artist’s Eyes: Learning to Live Creatively.

Monet’s Water Lilies: The Healing of a Nation, Post-Paris Attack
Artists’ Birthdays This Week: Gustav Klimt, Through an Artist’s Eyes